Do you ever have a vision for a quilt that doesn’t work out?  This is a story of a quilt that evolved but did not vanish and finally finished!  My Granddaughter now four, loved Dinosaurs.  At three she named them, played with them, visited the local museum exhibit to see them…would wear her dinosaur clothes day in and day out (if allowed).  So

I initially decided on this Barrister Block variation of Bear Paw: 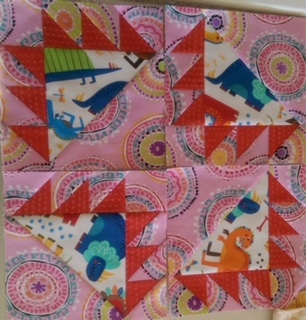 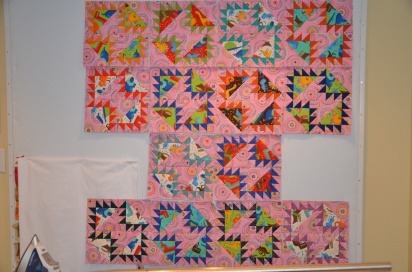 Then my daughter expressed some doubts about the “look” of the quilt…so I went back to the drawing board.  After much unsewing, help from a quilting mentor, and surfing the internet for ideas; decided the blocks could be on point!  Add some white and tada!  Dino Paws! 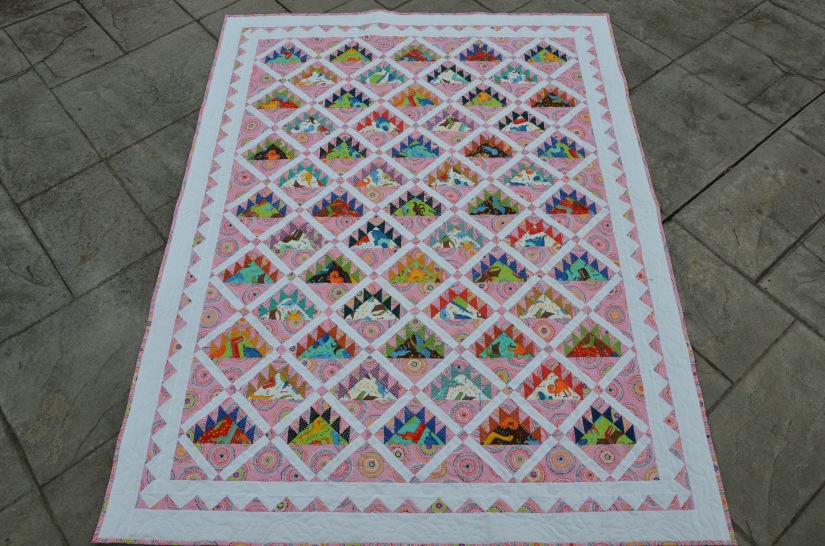 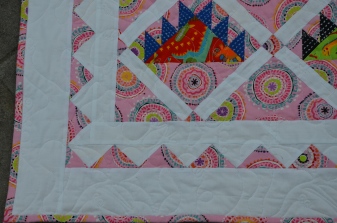 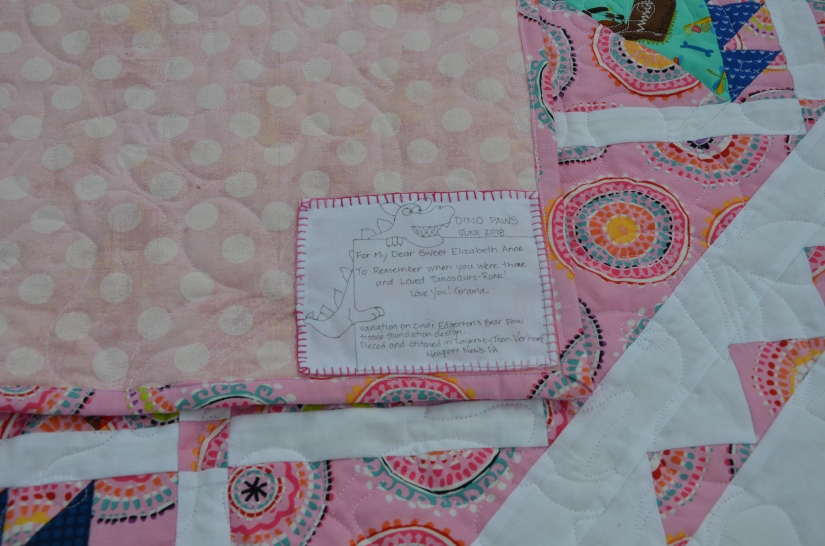 View all posts by stitchedinlayers

Sew much accomplished @cinnamonsquilts January Retreat! Great space and lighting; good company, and plenty of good food and yummy treats to keep us going. Great chance to kickstart sewing in 2023; 18 hours of uninterrupted time to sew and get inspired.
I just love neat piles of fabric, all cut up and ready to sell. These will be Chopsticks by Jaybird Quilts. The fabrics are Crystal Manning and grunge solids both by Moda. This one will belong to our sweet Abigail’s and “coordinate” with the one I made for Elizabeth.
I might just have a few pieces of fabric that have been waiting to get sewn together…..
Fabric selected for the next sew along @stitch_on_lawrence_ks using fabrics from my collection of Christmas fabrics and a pattern called Brightly @cluckclucksew I’ll be learning to use the Stripology ruler @creativegrids thanks to a class @cinnamonsquilts #stitchedinlayers #stitch_on_lawrence_ks #cluckclucksew #creativegridsrulers #cinnamonsquiltshoppe
Judy made this oh sew darling quilt for her granddaughter 🥰 Stitched in layers with panda leaves border by Anne Bright. #stitchedinlayers #gammillstatlerstitcher #gammillstatlerascend #annebrightdesign #elizabethhartmanpatterns
Top 9 of 2022. Looking forward quilting in 2023.
Follow Stitched In Layers on WordPress.com

A squirrel is a sudden distraction that pulls us away from projects already underway. Something so exciting that we drop what we’re doing to enjoy the unexpected. The term comes from the movie UP where the dog named Doug is talking and suddenly his head whips to one side and he shouts SQUIRREL and he’s off to chase it.